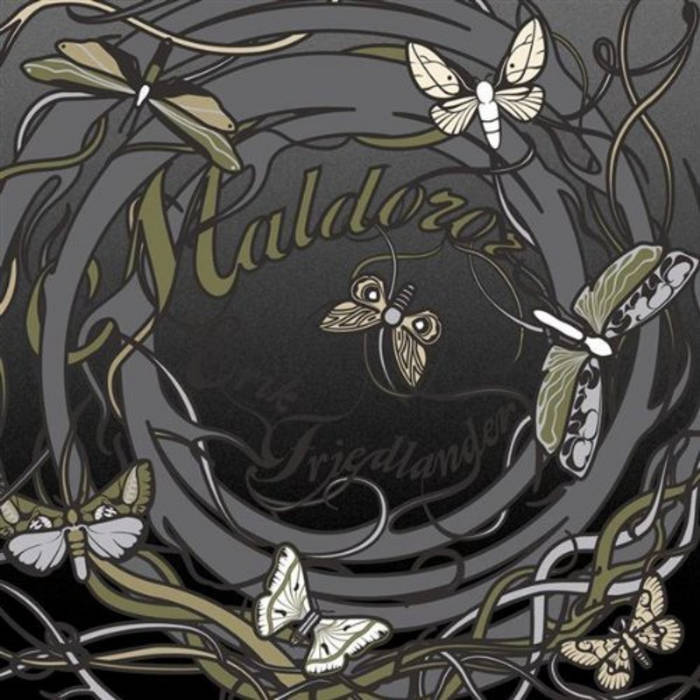 
THE RECORDING SESSION
In a darkened recording studio in old East Berlin, in a seance-like atmosphere, a time-traveling collaboration took place between the lawless black humor of the 19th-century poet Isidore Ducasse and the daring and sensitivity of the 21st century cellist Erik Friedlander. Producer Michael Montes, an audience of one, had carefully selected excerpts from Ducasse's Maldoror which he believed would be particularly good for inciting musical inspiration. In the course of one hour the excerpts were placed in front of Erik one at a time. He responded to each excerpt with what you hear on this recording. The music is beautiful, mystical, intense -- a journey into music's darkest heart.


THE WRITER
Andre Breton wrote that the Comte de Lautreamont's Les Chants de Maldoror is "the expression of a revelation so complete it seems to exceed human potential." Little is known about its pseudonymous author aside from his real name, Isidore Ducasse, his birth in Uruguay in 1846, and his early death in Paris in 1870. Lautreamont's writings bewildered his contemporaries but the Surrealists modeled their efforts after his menacing visions of angels, gravediggers, hermaphrodites, pederasts, lunatics and strange children. Maldoror includes the full text of the poems that inspired Erik's improvisations, laid out in an elegant
package by designer Heung-Heung Chin.

Bandcamp Daily  your guide to the world of Bandcamp